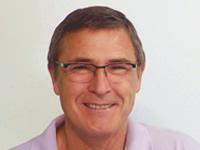 Since 1990, he has focused on the fermentative metabolism of Lactic Acid Bacteria (LAB) in food fermentations and their probiotic activity. After postdoctoral periods in The Netherlands (1989) and Germany (1995) he joined successful applications in the Biotechnology Action Program of the EU. Between 1992-2004 he filled in 5 successful European project proposals and 4 from the CICYT (Spanish Government). Expertise in Molecular methodologies and Genomics of Food Microorganisms allowed the smooth transition to the field of gut microbiota massive sequencing analysis, but without giving up their background in Biotechnology and microbial metabolism. The laboratory of LAB in the IATA-CSIC has consolidated and, with recent incorporation of new young excellent scientists, constitutes a compact and productive research groupin the field of LAB, Probiotics and Microbiome. Multiple collaborations with most relevant groups in the field in Europe, positioned his group in the forefront of the field. This explains the evolution toward three project lines: (i) Bacteria/Host molecular interactions; (ii) Microbiome, Diet and Health; and we do not forget our history (iii) LAB in Food Fermentations.
His leadership character allowed him to created and manage for ten years the Spanish network of lactic acid bacteria (Red-BAL), as well as the participation in different projects with industries Scientific Advisory committees of national and International institutions, and in the creation of Spinoff Company (AFT, S.L.) for the production of probiotic fermented vegetable products (EU Patent: Nº 05743929.1).

At present, he is focused on understanding the dialogue of beneficial gut bacteria with the host, in particular lactic acid bacteria (LAB). In order to study the molecular mechanisms of probiotics, he is studying the anti-inflammatory and anti-apoptotic activity a variety of wall bound bacterial proteinases (PrtP) or cell wall lysines (P40, P75) of the Lacticaseibacillus casei/rhamnosus group and the corresponding receptors in human epithelial cells and animal models. These proteins are externally vbound to extracellular vesiclees (EV) produced by these bacteria. EV are in the laboratory focus because they are considered important vectors in communication between cells, species and kingdoms. Furthermore, inportnt advances have been achieved in studies of the relationship of gut bacteria with the host from the broader perspective offered by population studies through the collaboration with Dr. M. Carmen Collado. These studies are shedding light on the relationships of gut microbiota with disease and diet in farm rabbits, mice, and fish (Sparus aurata, Danio rerio). In collaboration with important local hospitals the group has achieved remarkable knowledge on preterm infants microbiota suffering sepsis and in elderly populations with mild cognitive impairment. 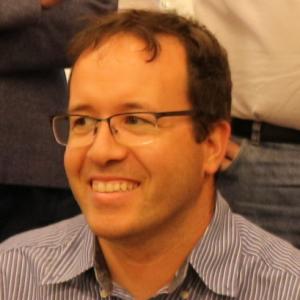