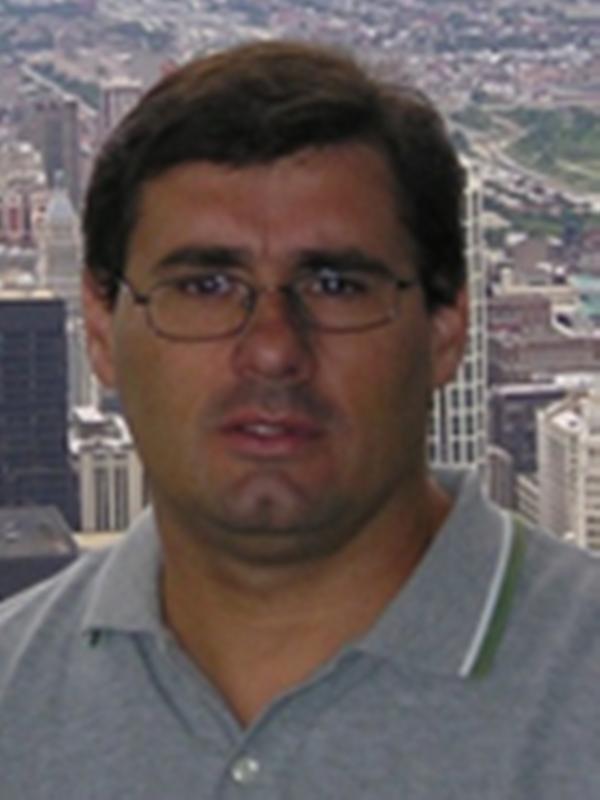 Eladio Barrio, Full Professor of Genetics at the University of Valencia (UV), Spain, got his Ph.D. in Biology in 1992 under the supervision of Prof. Andrés Moya and Prof. Amparo Latorre, Department of Genetics, Universidad de Valencia. For two years (1993-1994), he was a postdoctoral researcher at Francisco J. Ayala's lab, Department of Ecology and Evolutionary Biology, University of California, Irvine, USA. During his doctoral and postdoctoral periods, his research interests were in the areas of Molecular Systematics and Evolution of Drosophila. In 1995, he came back as a postdoc to the Evolutionary Genetics Group, Department of Genetics, University of Valencia, with a two-year contract of the Spanish Ministry of Education and Science. In September 1996, he got an Assistant Professorship at the same department, in November 2000, a permanent position as Associate Professor of Genetics, and in 2019 as Full Professor of Genetics, since June 2020, he is the director of Servei Central de Suport a la Investigació Experimental (SCSIE) de la Universitat de València (https://www.uv.es/scsie). Between 1995 and 1998, his research was developed at the Evolutionary Genetics Group, Department of Genetics, University of Valencia, but in 1998, the whole group moved to the "Cavanilles" Institute for Biodiversity and Evolutionary Biology (http://www.uv.es/cavanilles/), created at that time by the University of Valencia. Durante this period, his research interest focused on RNA virus experimental evolution and the role of the GroEL-GroES chaperonin in bacterial endosymbiosis. Since the early '90s, Dr. Eladio Barrio has been collaborating with Dr. Amparo Querol, from the Institute of Agrochemistry and Food Technology (IATA-CSIC), in the field of yeast molecular characterization and identification. In 2003, they decided to apply for joint grants to the Spanish Government, and Dr. Barrio created his own group within the Cavanilles Institute. This interdisciplinary collaboration takes advantage of the knowledge and experience of Dr. Barrio in molecular evolution and phylogenetic and population-genetic analyses, and Dr. Querol's expertise in yeast biotechnology and microbiology. In 2012, the IATA-CSIC and the University of Valencia renewed their agreement of collaboration, agreement by which different UV professors are hosted at the IATA-CSIC to develop collaborative research in Food Research and Biotechnology. At this moment, and due to the increasing collaboration of Dr. Barrio with Dr. Querol and other IATA-CSIC researchers, in 2013, Dr. Barrio decided to move from Cavanilles Institute to the Dept. of Biotechnology of the IATA-CSIC. In this way, Dr. Barrio has a double appointment, at the Department of Genetics, University of Valencia (http://www.uv.es/genetica/), and at the Systems Biology of yeasts of a biotechnological interest group, Department of Biotechnology, IATA-CSIC (https://www.iata.csic.es/en/research/systems-biology-yeast-biotechnologi...). Since then, Dr. Barrio's research interests are focused in Yeast Genetics, Genomics and Biotechnology (http://www.uv.es/barrioe/)