Successful completion of the Cavawinner project 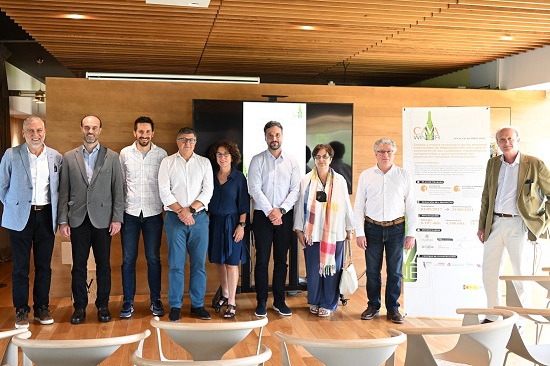 The Cavawinner R&D project, in which the IATA group led by Dr. José Manuel Guillamón participated, has come to an end after four years of development. This initiative, which began with the aim of positioning Spanish cava against other international sparkling wines, has been based on the incorporation of new technologies into the traditional production system for this product, also with the aim of reducing production costs and improving the final quality.

The results of Cavawinner will allow many wineries in the sector to implement changes aimed at producing a "superior quality cava" and improving the production process. In this sense, it should be added that these achievements will mean a considerable improvement in quality control and food safety of cava.

The Cavawinner consortium is made up of eight business partners: Vilarnau –as project leader-, Mecanizaciones Alavesas, Bodegas Bilbaínas, Trefinos, Juvé&Camps, Gramona, Dominio de la Vega and Bodegas San Valero. In addition, the initiative has had the participation of five research organizations: the Institute of Agrochemistry and Food Technology IATA-CSIC, VITEC-Centro Tecnológico del Vino, AINIA, the Rovira i Virgili University and Enolab-University of Valencia. Cavawinner has had a global budget of 6.1 million euros and has been carried out thanks to the financial support of the CIEN program of the CDTI.