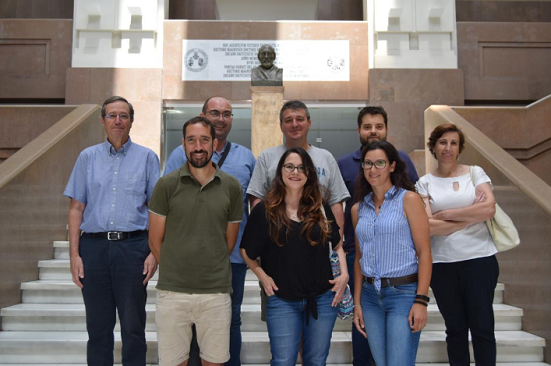 Researchers from the Department of Microbiology of the University of Valencia, the Institute of Biomedicine of Valencia (IBV) and the Institute of Agrochemistry and Food Technology (IATA), both from the Spanish National Research Council (CSIC), have defined how rotavirus, which causes diarrhoea, initially interacts with the host. Diarrhea is one of the main causes of death from infectious disease and is especially relevant before the age of 5. This research has defined for the first time the initial interaction between rotavirus P [8] and certain mucin receptors (a protective layer of the intestine composed of proteins and sugars) and the intestinal epithelium. Specifically, with a disaccharide (union of two sugars) formed by a Galactose bound to an N-Acetyl-Galactosamine, precursor of the blood group. According to Jesús Rodríguez, Ramón y Cajal researcher at the Faculty of Medicine and a member of the team, the study highlights the relevance of the role of breastfeeding as a protector against rotavirus infection. "We have described a molecule that we can produce and that could be added to formula to also protect babies who cannot be breastfed," he adds. Alberto Marina, CSIC researcher at IBV explains that "we have seen at the atomic level how these sugars bind to the virus receptor, which allows us to select or design molecules that can block the interaction of rotavirus with mucin to prevent the virus from thriving. Furthermore, after having defined a new receptor structure for rotaviruses, the scientific community can continue to look for new ones". Another line of research is to develop improved molecules in the future from Lacto-N-Biosa in the form of antiviral drugs supplied in the case of acute diarrhoea. These molecules must have a greater affinity for viruses and compete for the viral receptor. The results of the research have been published by the journal Plos Pathogensy with funding from the Ministry of Economy and Competitiveness.