Pepe Coll Marqués gave the informative talk: "Are the microplastics we eat healthy?" in Menorca 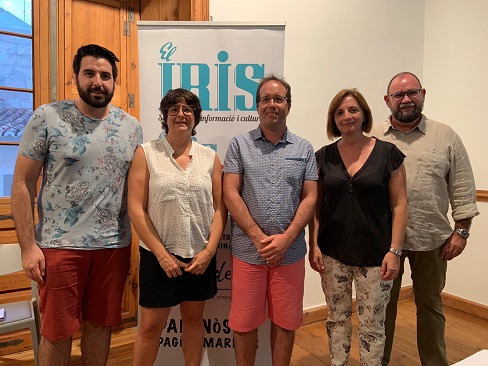 On August 20, the head of the Microscopy Service of the Institute of Agrochemistry and Food Technology (IATA-CSIC), Pepe Coll Marqués, gave a talk on microplastics at the Palau Can Saura Miret building in Ciutadella de Menorca.

As a result of the viralization of the divulgation video Microplastics in food elaborated by IATA, it aroused the interest in the authorities of the island showing the great concern and implication before the problem.

The conference entitled: "Are the microplastics we eat healthy?", was an informative act whose aim was to raise awareness of technical and scientific aspects that help to understand the problem of invisible microplastic waste that are already present in some foods, indicating the reasons why these microresiduos are suspected of causing damage to the health of the consumer and some measures to prevent the increase of microplastics in the environment.

In addition, basic concepts were explained about single-use products and food packaging made with biopolymers in order to guide the consumer to the entry into force of the Law on Waste and Contaminated Soil already approved by the Balearic Parliament in 2019 which prohibits in 2021 the distribution and sale of single-use plastic products in the Balearic Islands, also some foods packaged in single-dose, candy sticks and coffee capsules / infusions. This law also restricts plastic materials for bags prioritizing biodegradable ones.