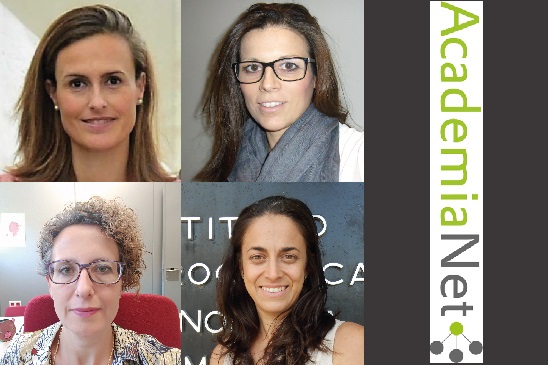 Researchers Leticia Mora, Mª Carmen Collado, Mª José Fabra and Ana Rosa Ballester have been nominated by the Spanish National Research Council (CSIC) and their candidacies have been accepted for the AcademiaNet international platform managed by the Swiss National Science Foundation (SNSF) in cooperation with the publishing house Spektrum der Wissenschaft (SpringerNature).

AcademiaNet, through its website, publishes the profiles of women researchers who have been nominated by recognised European research organisations due to their outstanding qualifications and achievements.

Currently AcademiaNet not only includes 3,000 profiles of top women scientists from all disciplines and more than 40 countries, but also news about the women researchers in its database, as well as topics related to "women in science".

Check out their profiles: