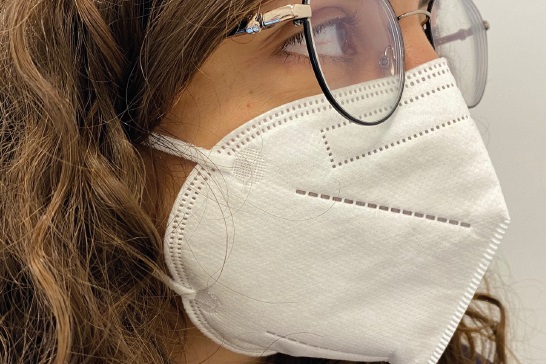 The current health crisis caused by COVID-19 has been marked by a shortage of medical supplies from the outset. This has led both science and industry to focus their efforts on providing rapid solutions to the adverse situations generated by SARS-CoV-2.

A team of IATA-CSIC researchers, led by José María Lagarón, together with the EBT of the CSIC, Bioinicia S.L., developed a material for mask filters FFP1, FFP2, FFP3 and surgical masks from nanofibers in the framework of the projects pre-financed by the Global Health platform of the CSIC and The Call to the Valencian Innovation and Research System financed by the Regional Ministry of Innovation, Universities, Science and Digital Society, as initiatives to address the Covid-19 pandemic.

Next week the first half million masks produced with this filtering material will reach the Spanish market, and over the next few weeks they will also be marketed in Germany and Latin America.

These masks have the special certification, CPA FFP2, that Europe has launched to solve the emergency that was created when the trade of certain filtration materials that came mainly from China was interrupted. They have been certified by DEKRA and APPLUS+.

"Achieving FFP2 levels in manufacturing is very complex without the use of conventional technology, and to our knowledge only the company Bioinica S.L. can offer this type of infrastructure at a national level and in other European countries to manufacture this type of mask," explains Lagarón.

These masks can be used by the population for several days. They are also designed for health professionals, airline personnel and state security forces, in which case the recommendation is to wear one a day.

At the moment they can be acquired through Bioinicia S.L. (proveil@bioinicia.com), which is co-owner with the CSIC of the patent for the technology, and of its distribution networks that supply public bodies, pharmacies and supermarkets.

This initiative does not aim to compete in the medium and long term with existing mask manufacturers, but rather to create a network of quality manufacturers to whom the filter or industrial machines can be supplied. This technology has many advantages over traditional technology and is just as economical or more so.

It is estimated that around 800,000 units are manufactured in July, in August and September up to 4 million per month and from October 11 million per week.

"Soon, several Spanish companies are expected to launch washable sanitary and surgical masks using this filter. We are also about to close a distribution agreement with a large company that distributes in Latin America, Canada and the United States, to market between 2 and 4 million masks during the months of July and August" explains José María Lagarón.

This research group has also developed an antimicrobial filter model and a biodegradable one, which will reach the market in September. From September, all the masks made with Bioincia S.L.'s filter, called PROVEIL, will be antimicrobial by default.