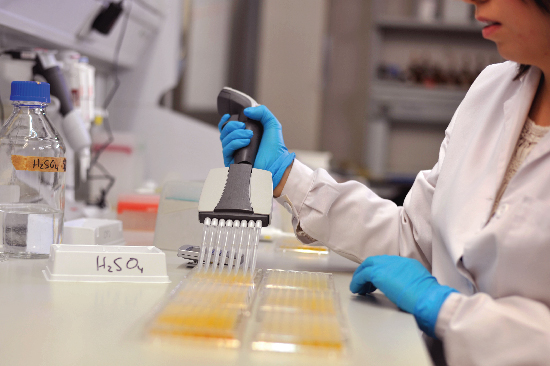 The CSIC's Global Health Interdisciplinary Thematic Platform (PTI), in which more than 150 research groups collaborate and which is supported by the MAPFRE Foundation, has considered thirteen project proposals to address the economic and social impact of COVID-19 as priorities in its second resolution, four of which are from research centres in the Valencian Community, and has proposed them for pre-financing by the CSIC using its own available funds.

In addition, the I2SysBio group led by Ron Geller has also obtained funding from the Regional Ministry of Innovation, Universities, Science and Digital Society of the Generalitat Valenciana for its Anticor project, a high performance platform for the screening of antivirals and antibodies against SARS-CoV-2. This platform not only identifies antivirals, but also serves to evaluate infection rates at the population level through rapid serological tests.

Another of the selected projects is TRANCOR (Treatment with ANdrografólido of the immune response in the infection by CORona-virus SARS-CoV-2), of the Instituto de Tecnología Química (ITQ), mixed center of the CSIC and the Universitat Politècnica de València, that leads the researcher of the CSIC Pablo Botella Asunción.

In turn, the Institute of Agrochemistry and Food Technology (IATA) of the CSIC is contributing with two projects: one that studies the role of water in the transmission of SARS-CoV-2, led by researcher Gloria Sánchez Moragas; and another that will study the development of biodegradable antiviral layers for use in protective masks, led by José María Lagarón.